Make your own jewellery with cowrie shells or other seashells and conch shell horns. 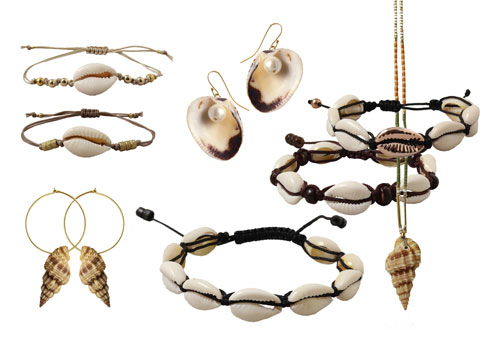 Cowrie shells is the name of the pretty seashells we used for the macramé bracelets.

In this blog post we want to inspire you to make your own necklaces, bracelets and earrings with cowrie shells and conch shell horns which at the moment can be found in all kinds of jewellery.

They are also beautiful as pendants and charms on chokers and ankle bracelets. 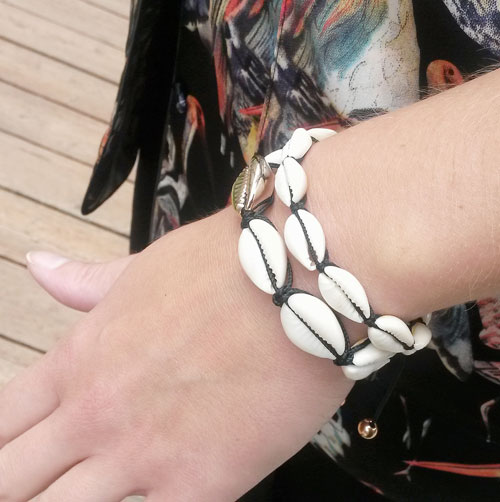 The bracelets shown above were made by using the popular knotting technique called macramé. Click here to read our DIY guide on macramé.

If you incorporate cowrie shells into your bracelet, the sliced ones are preferable because they are flat and come to lie smoothly on the skin. 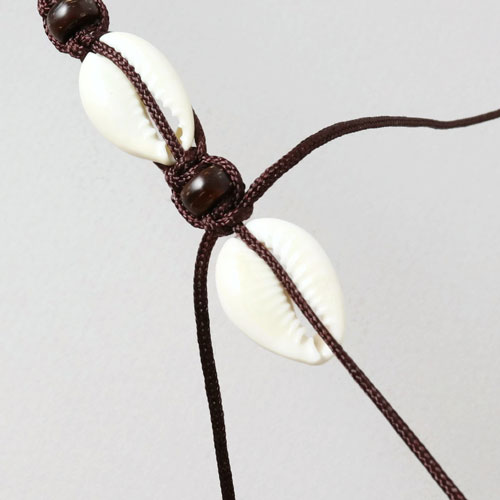 In this example we use a beading loom.  (If you are in doubt about how to do that, please go to our DIY guide on macramé.

Tighten the cord in the middle. Now you can start the knotting.

Put the cowrie shell underneath the cord in the middle and press it into the shell, in order to make it stick.

As an extra precaution in order to prevent the shell from falling out, you can press the middle cord into the shell and then sling it around the shell one more time. 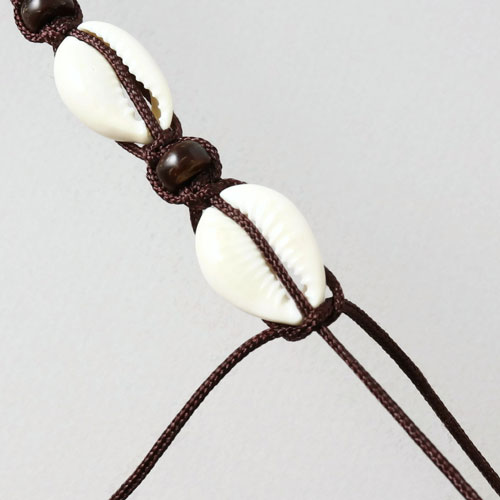 Tighten the cords carefully when you tie the next knot, so the two knotting cords slide underneath the shells. 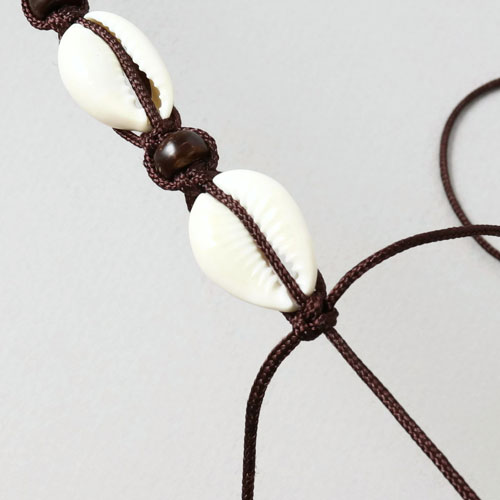 Continue with your knotting so the knots cannot open up again and the cowrie shells sit tightly within the cords. You can also cross the cords underneath the shells so they exchange places for the next knot. 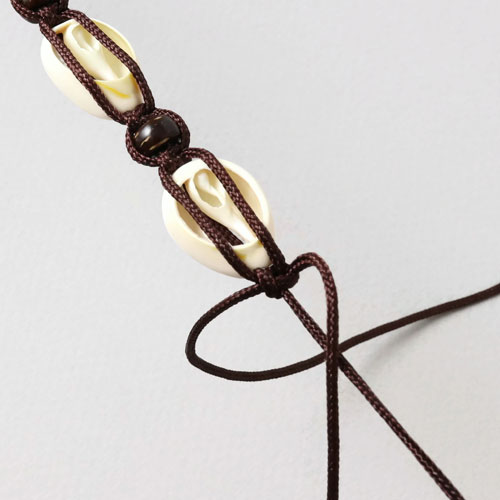 Now the cords lie parallel underneath the shells. 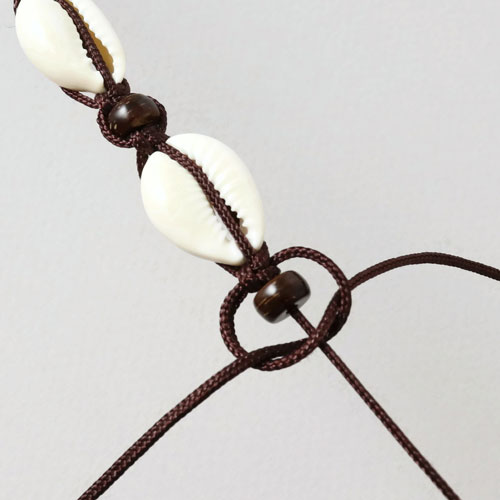 Next, you string a coconut bead onto the cord behind the last knot, then you continue knotting.

Carry on like this until the bracelet has reached the desired length.

You close the bracelet with a sliding macramé closure with three coconut beads on each end.

For this example we used the classic macramé knotting technique once again. The procedure is the same as explained above. For this example we used the classic macramé knotting technique once again. The procedure is the same as explained above. 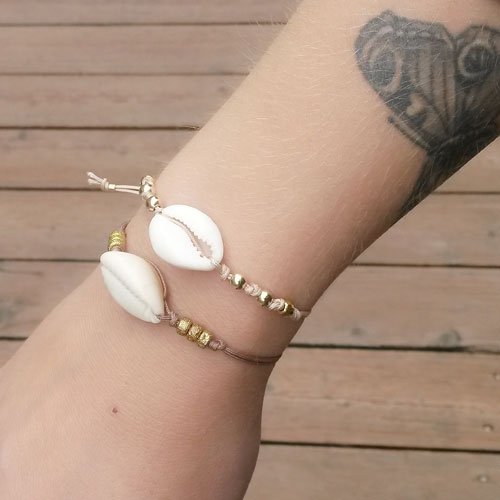 For this bracelet we used a cowrie shell with a hole in the bottom. But you can also use a sliced cowrie shell which lies flat on the arm. 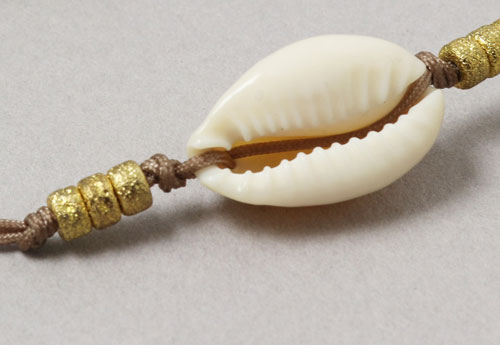 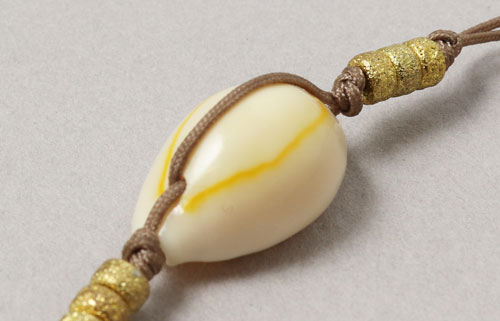 Next, you string 3 stardust beads on either side and tie a knot. You close the bracelet with a sliding macramé closure. Find out how to make one with our DIY macramé guide.

Finally, you string a crimp bead on each of the cords ends and tie a knot. It is easier to string the beads, if you melt the ends carefully and form needle points.

For this bracelet example we tied knots in between the beads. Other than that, we made the bracelet in the same way as explained above. 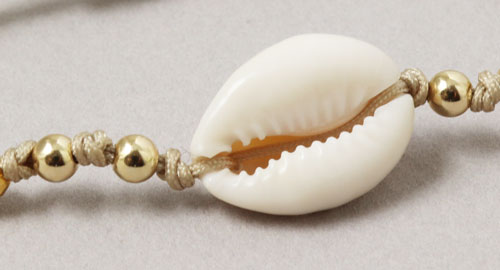 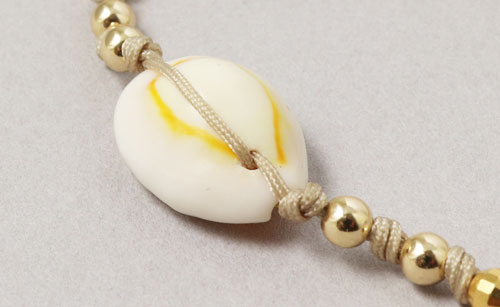 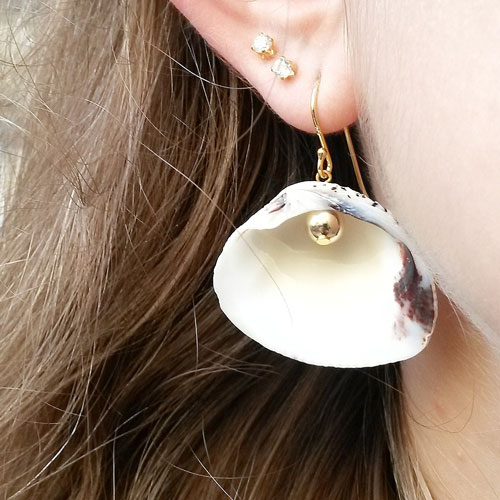 For this example we used  gilded beads together with seashells. 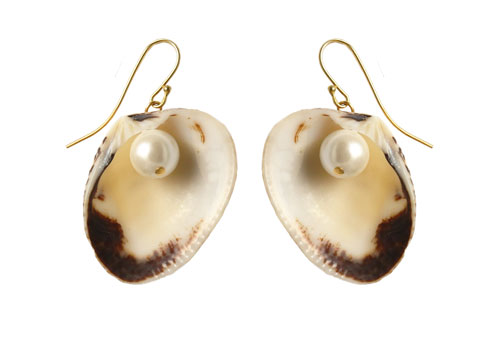 You need the following DIY materials to make these earrings:

First, you string the bead on the headpin, then you pull the headpin through the hole in the shell. 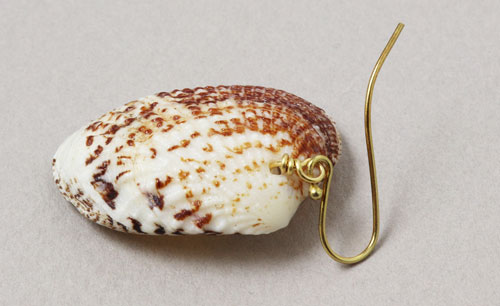 Next, you form a loop close to the shell’s upper side. (In our blog post on men’s necklaces we explain how to make a loop.)

Having done that, you bend the loop forward so the inside of the seashell will face forwards once it hangs on the earwire. 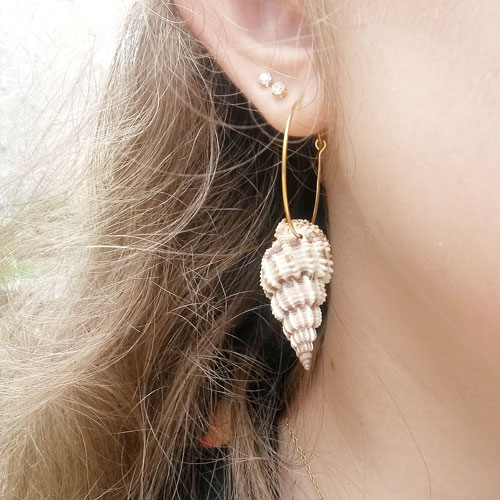 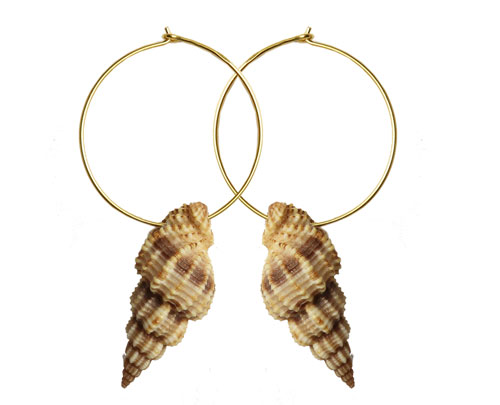 You need the following DIY materials to make these hoops:

Straighten the hoop’s hook carefully before you pull it through the hole in the conch shell. Once the conch shell hangs on the hoops, you bend the hook again into its original position. 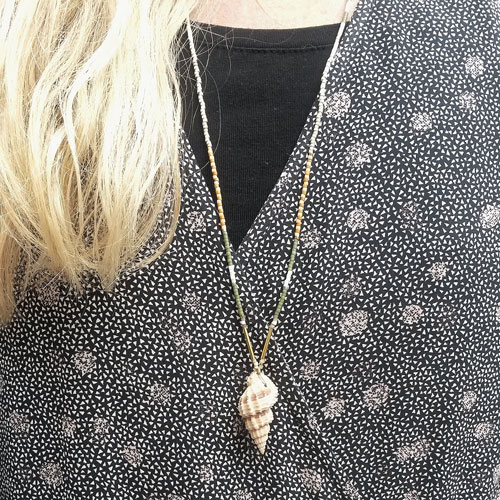 You need the following DIY materials to make this necklace:

First you melt the two ends of the cord carefully and form needles. Then you pull them through the conch shell horn. Tie a knot or make a loop on either side.

Now you can string Delica beads in the colours and patterns you like. In this example we started with two additional gilded tube beads.

This necklace is 80cm long, that’s why you don’t need to attach a clasp. You simply pull the necklace over the head. Just tie a knot in the neck, apply a bit of jewellery glue and hide the knot with a crimp cover.

Have fun making and designing your own jewellery with seashells!

No comment(s)
Write your comments

We will publicly show your name and comment on this website. Your email is to ensure that the author of this post can get back to you. We promise to keep your data safe and secure.

The product is successfully added to your cart!

Save your basket everywhere, create a personal login here

Are you sure you want to update your shopping cart?

Are you sure you want to empty you shopping cart?

Do like 10.000 others already have done and sign up for lots of creative ideas, news and discounts sent directly into your mailbox ca. twice a month.

No spam – only inspiration!